All medal colours for Singapore from 24th Deaflympics bowling events 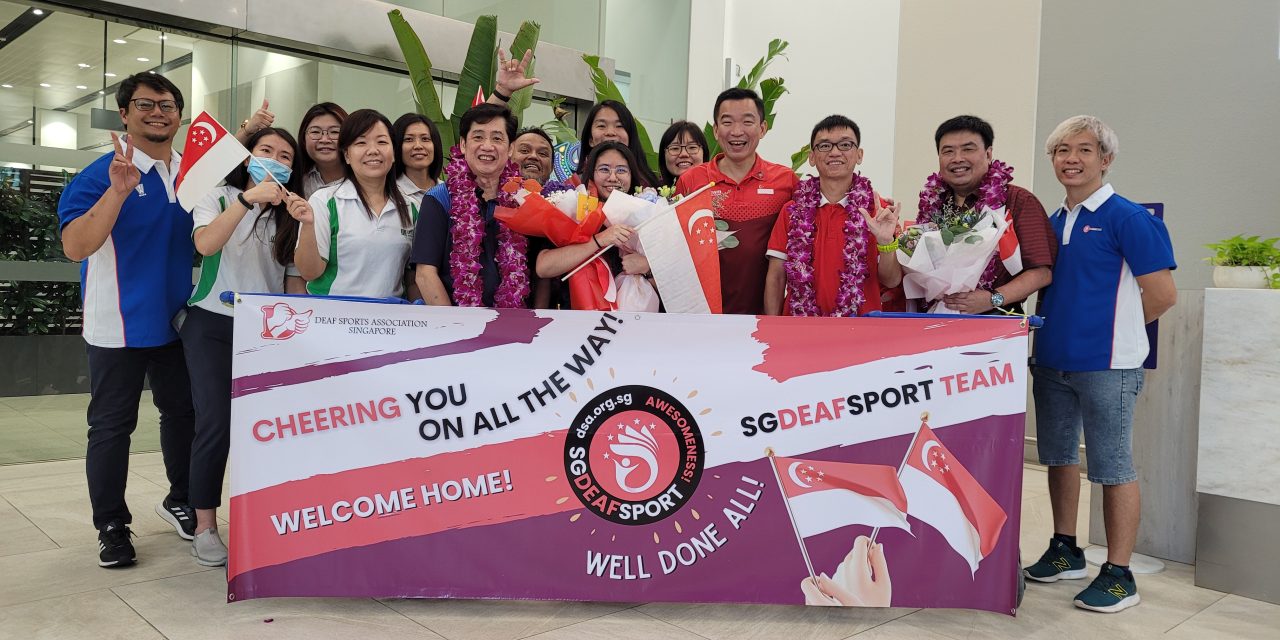 The Singapore contingent returned from Malaysia to a welcome home party with families, friends and supporters present at Seletar Airport. Senior Parliamentary Secretary, Ministry of Culture, Community and Youth & Ministry of Social and Family Development, Mr Eric Chua, joined in the chorus of cheers as he congratulated the SGDeafSport bowling team.

Adelia Naomi Yokoyama, 23, delivered three medals from her spectacular Deaflympics performance. She won a gold medal from the Women’s Single event, a silver from the Doubles and a bronze for the Women’s All Events. Juggling schoolwork and sports, Kimberly Quek, 22, bagged the silver medal in the Women’s Doubles event pairing with Naomi. She took an early flight back last Wednesday to attend her morning classes.

The final battle for Naomi was at the Masters event where she faced Kateryna Kovalchuk from Ukraine in the quarter finals. They both won a game each and went into the deciding third game. Naomi eventually was knocked out from progression as she trailed 182 to 196 points in the third game. Nevertheless, it was still a proud achievement for Naomi. Together with Kimberly, they placed Singapore on the second position behind South Korea on the Women’s Medal tally at the end of the competition. Ukraine finished third position.

Riding on this performance momentum, Naomi said, “I have achieved what I thought was impossible and could not be happier with three medals! I am looking forward for next month’s SEA Deaf Games where I will be competing with more of my fellow teammates. It is through competitive tournaments that makes us bond and achieve more goals. I stand true to the quote ‘when we’re willing, we’re winning.’ We are willing to go far to win and be successful. Never give up and try harder to be where we want to be.”

Focused on developing sports talents from the Deaf and Hard of Hearing community, Jaffa Mohamed Salleh, Vice-President of Deaf Sports Association (Singapore) who acted as the Team Manager to this contingent said, “Our achievement at the 24th Summer Deaflympics (Bowling) in Kuala Lumpur should inspire everyone to pursue their sporting dreams. When you believe in what you do, nothing is impossible. SGDeafSport has established an efficient sports development and performance programme. Increasing the number of deaf and hard-of-hearing athletes is key to maintaining the programmes’ viability.”

Looking ahead, the next Deaflympics will be held in Tokyo on November 2025 with about 5,000 to 6,000 athletes across delegations from 70 to 80 countries and territories. UOL Group Limited, who is the main sponsor for this Deaflympics contingent from Singapore, has been championing inclusivity in sports and the arts. UOL Group Chief Executive, Mr Liam Wee Sin, said, “UOL is extremely proud of the remarkable achievements of Singapore’s bowling delegation at the 24th Deaflympics, especially the inspiring performances from Naomi and Kimberly. Their hard work and dedication have reaped the fruits of success, winning a gold, silver and bronze medal.

“We remain committed to nurturing promising young athletes like Naomi and Kimberly to reach their full potential and believe they will achieve greater heights in the future.”

SGDeafSport bowlers, together with the badminton and athletics team, will be competing in the inaugural 1st SEA Deaf Games hosted by Malaysia from 21st to 27th November 2022. It will involve ASEAN countries taking part in four games: athletics, badminton, bowling and futsal. 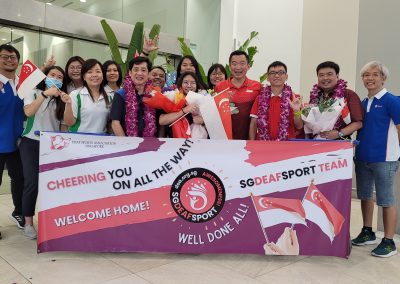 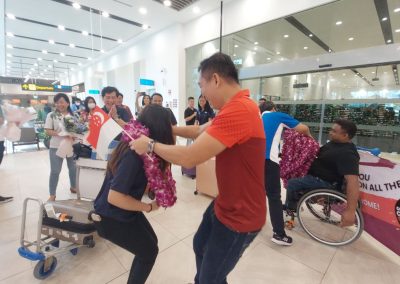 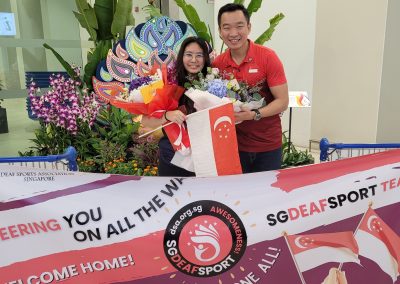 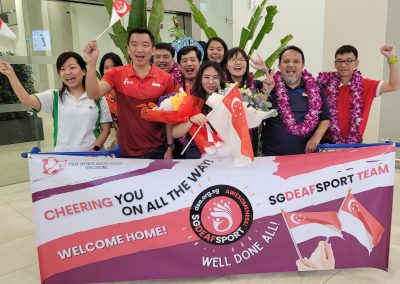