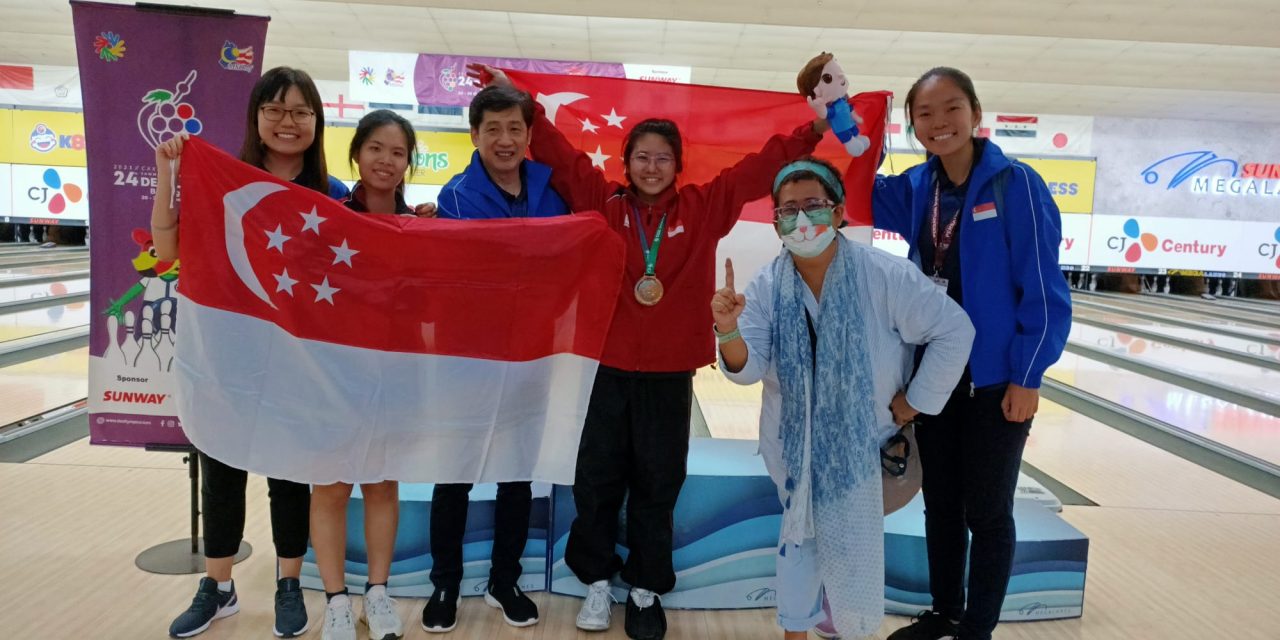 Gold, silver, and bronze. Singaporean bowlers Adelia Naomi Yokoyama, 23, and Kimberly Quek, 22, edged and struck out the competition bagging a total of three medals at the 24th Deaflympics in Kuala Lumpur.

The tournament from 20 to 30 October saw 97 deaf athletes from 16 participating countries striking the pins in a bid to win a medal at the prestigious games, held every four years for deaf athletes.

The bowling segment for the 24th edition of the Games was supposed to be held in the host city of Caxias do Sul, Brazil, from 1 to 15 May alongside 26 other sports, but was postponed due to the organisation’s “considerable economic impact” of the sanctions placed against Belarus and Russia.

Kuala Lumpur agreed to host the games to the pleasure of the International Committee of Sports for the Deaf (ICSD).

It was Yokoyama who opened the medal tally by winning gold in the Women’s Singles on 23 Oct. She placed fourth of forty-one in the opening round with a total score of 1084 from six games.

Yokoyama then faced opponents from Chinese Taipei in the semi-finals and finals, where she won 207-177 and 176-165 respectively to clinch the gold.

Yokoyama teamed up with Quek for the Women’s Doubles on 25 Oct where the pair placed third in the opening round with a total score of 2148 from six games.

This saw them through to the semi-finals to face the team from Chinese Taipei. However, after beating them 180-158, the duo were beaten 191-168 by South Korea’s Park Sun-ok and Lee Chan-mi to win the silver.

“The lanes were not favourable for me, so it was a difficult and stressful experience. I just felt relieved to see part of my hard work pay off and move on from the previous Deaflympics where Naomi and I just missed the cut for the finals. I feel happy and grateful that I have a medal to bring home,” said Quek.

Yokoyama’s total points of 4324 accumulated across 11 days of the tournament clinched her a bronze medal in the Women’s All Events on 30 Oct. With this result, she qualified to move on to the quarter-finals of the Women’s Master to defend her gold medal from the 23rd Deaflympics in 2017.

She narrowly lost to Ukraine’s Kateryna Kovalchuk in two matches of three to finish sixth.

“Despite finishing sixth, I’m proud of myself for putting up such a good fight and knowing that my mentality is definitely tougher than before. This Master’s was tough as both rounds in the second game were really close. Knowing how close the scores are, I’m happy with myself for being able to stay composed and make the good shot for the strikes that I needed,” she said.

“I’m pleased to be able to return with three medals from this tournament. I have been working hard with the coach on not just physical games but the mental game as well because that has been my biggest weakness. I’m glad to be able to overcome this with the help of Deaf Sports Association (Singapore), coaches, my partner Kimberly (Quek), as well as our physiotherapist and interpreter. They have helped me remain calm and composed whenever I felt nervous. I wouldn’t be able to achieve and make it this far without them, ” she added.

While Yokoyama stayed in Kuala Lumpur to compete in the remaining events, Quek left the competition on 26 Oct due to school commitments and could not defend her bronze medal for the Women’s Masters from the 23rd Deaflympics in 2017.

“It was a tough decision, especially for a world-level tournament. I do feel a sense of loss but keep faith that my decision will benefit me in the long run. I look forward to trying again the next time round when I can give my complete focus to the competition. It is very tough to be a deaf student-athlete,” she said.

The recipient of the Asia Pacific Breweries Foundation Scholarship for Persons with Disabilities who studies life sciences at Yale-NUS college adds that she has to manage her time “properly as well as set aside time to decompress” and that she can “manage these responsibilities thanks to the professors’ and classmates’ kind understanding” thanking her family and friends for their strong emotional support.

Together, Yokoyama and Quek placed Singapore in the second position behind South Korea on the Women’s Medal tally as the competition drew to a close.

Yokoyama along with coaches and support staff from SGDeafSport were greeted with flowers and cheers at Seletar Airport on 31 Oct from Senior Parliamentary Secretary, Ministry of Culture, Community and Youth & Ministry of Social and Family Development, Mr Eric Chua, friends, family, and supporters.

Vice-President of the Deaf Sports Association (Singapore), Jaffa Mohamed Salleh, who acted as the Team Manager to this contingent said, “Our achievement at the 24th Summer Deaflympics (Bowling) in Kuala Lumpur should inspire everyone to pursue their sporting dreams. When you believe in what you do, nothing is impossible. SGDeafSport has established an efficient sports development and performance programme. Increasing the number of deaf and hard-of-hearing athletes is key to maintaining the programmes’ viability.”

The next Deaflympics will be held in Tokyo in November 2025 with about 5,000 athletes from 70 to 80 countries and territories.

SGDeafSport bowlers and the badminton and athletics team, will compete in the inaugural SEA Deaf Games in Malaysia from 21 to 27 Nov 2022. The first edition of the Games will involve ASEAN countries taking part in four games: athletics, badminton, bowling and futsal.

The multi-sporting tournament has been renamed to SEA Deaf Games from ASEAN Deaf Games due to “unforeseen circumstances”, said the organising ASEAN Deaf Sports Federation.

Quek confirmed that she will not be travelling to Kuala Lumpur due to her examinations in November.

Looking ahead to the first SEA Deaf Games in November, Yokoyama said, “I have achieved what I thought was impossible and could not be happier with three medals. I am looking forward to November where I will be competing with more of my fellow teammates. It is through competitive tournaments that bond and help us achieve more. I stand true to the quote ‘when we’re willing, we’re winning’. We are willing to go far to win and be successful. We’ll never give up and try harder to be where we want to be.”

The main sponsor, UOL Group Limited, has been championing inclusivity in sports and the arts, and felt extremely proud of our athletes’ achievements at the 24th Deaflympics. They remain committed to nurturing promising young athletes like Naomi and Kimberly to reach their full potential and believe that these athletes will achieve greater heights in the future. 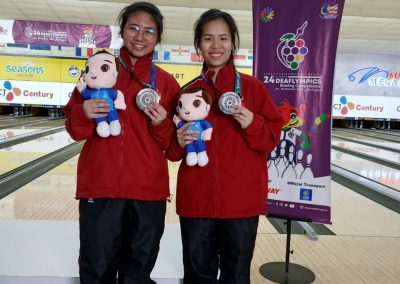 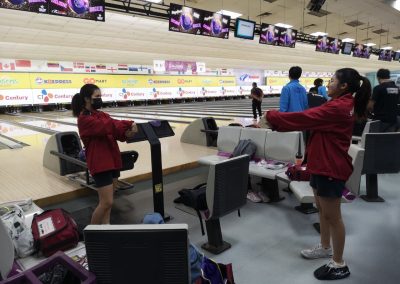 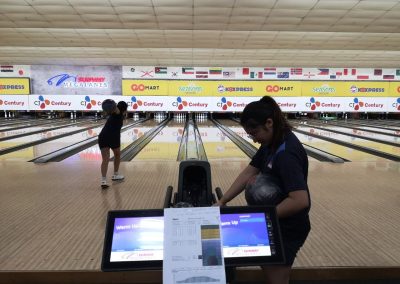 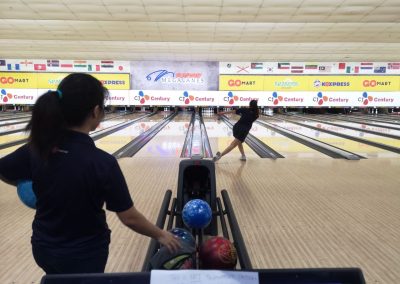 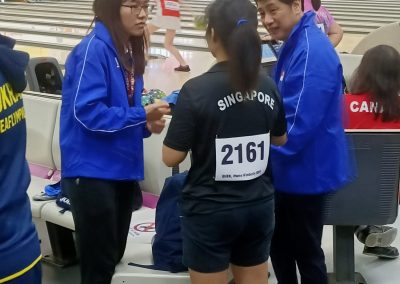 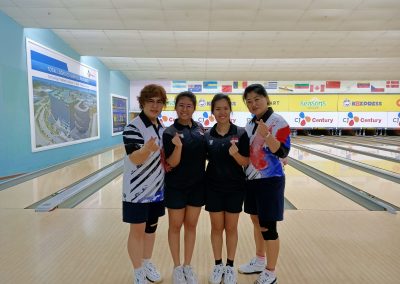 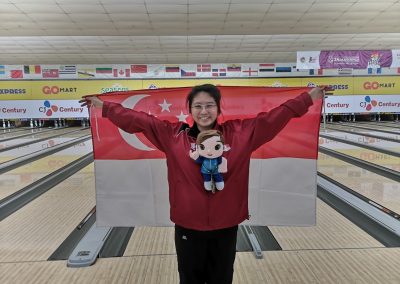